WHO IS ROSS EVERETT? 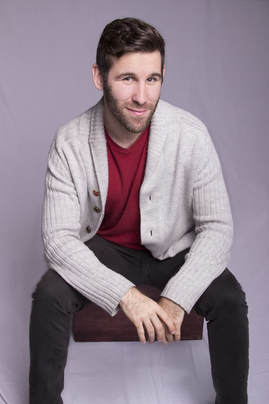 Ross Everett is an award winning actor, comedian, Internet personality, and writer. You may know him from SourceFed. Or The New Show. Or his podcast "Now What Did We Learn?" Or you could've seen him do stand up somewhere once.

His YouTube videos have been viewed over 45 million times, landing him on the front page of HuffPost, Buzzfeed and Reddit. He’s written for SMOSH, The Annoying Orange and SourceFed, and his comedy has been featured on NBC, Hulu, Fox, and Sirius XM.

When not in LA, he can be seen touring with his critically acclaimed comedy show Stop Stopping The Unstoppable satirizing the world of personal development seminars.

Ross has been involved in both online and traditional media since 2009 when he graduated from The University of Arizona. Producing online content for himself and others, Ross has worked with Maker Studios, Big Frame, and Discovery Digital Networks among many others.

​But that's not all he's done! Ross has worked with countless name brands including Tapout VTC, Think Thin, and Harry's Razors making him an expert in brand/creator relations with an ability to create strong, humorous, and natural feeling branded content.

Ross is currently performing his Transformational Comedy show and satirical take on the world of personal development and motivational seminars Stop Stopping The Unstoppable. You can find out where he's going to be here.
Powered by